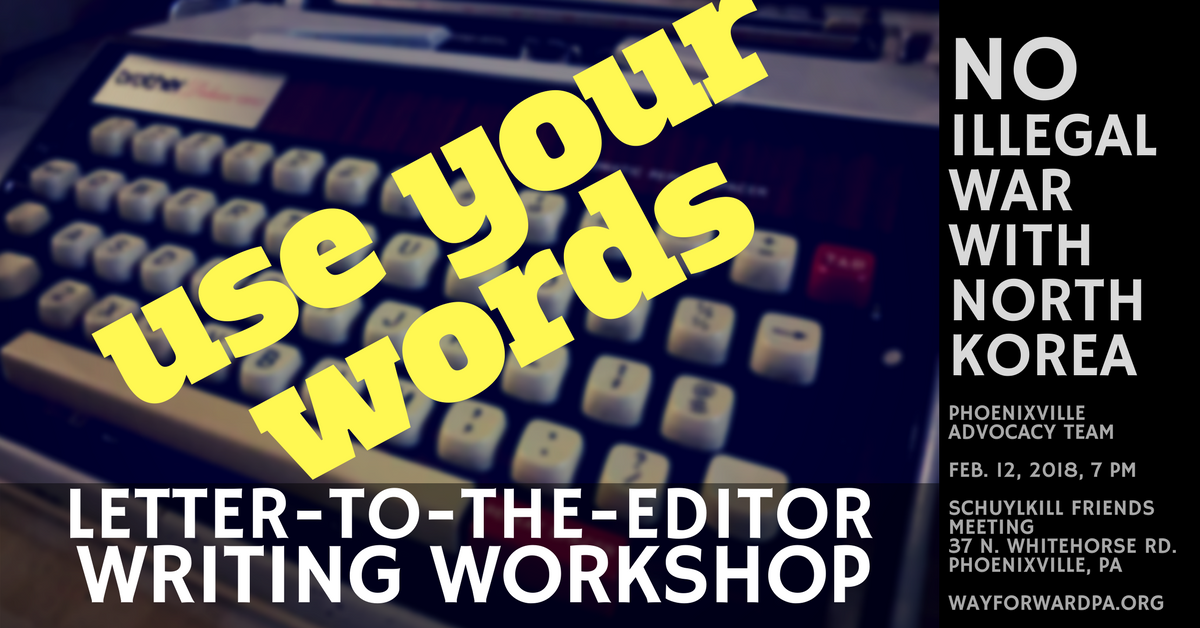 No war with North Korea! War on the Korean peninsula seems to be getting inexorably closer. The horrific consequences of such a conflict are nearly unthinkable — much worse than most of us can imagine. The Phoenixville Advocacy Team, organized by Schuylkill Friends Meeting, has been lobbying our elected officials to prevent this catastrophe. The House and Senate have both introduced bills that would make it illegal for President Trump to launch an unprovoked, preventive nuclear strike against North Korea. Let’s get some real public pressure behind those bills.

Join us as we expand our activism to cover media. We’ll gather at Schuylkill Friends Meetinghouse in Phoenixville to write letters to as many local news outlets as possible. We’ll supply paper and writing implements, or bring your laptop. (The meetinghouse has no wifi, however.) We’ll also have plenty of factsheets and resources to work with. The Advocacy Team works with the Friends Committee on National Legislation, which is a Quaker lobbying group.

Hope you can join us! We’ll meet at seven p.m. on Monday, Feb. 12. The meetinghouse is at 37 N. Whitehorse Rd., just north of the intersection with Route 23. All are welcome.

We've got a busy week coming up. Click the event title to see a longer…

Copyright The Way Forward 2021 - All Rights Reserved
Back To Top